WARNING; READING THIS BLOG MAY PROVE UNHEALTHY TO YOUR ORTHODOXY!!!!

Walking in the Valley of Lilies 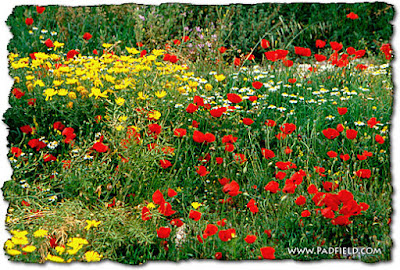 Have you ever walked through a field of flowers? I can't say if I ever have, but I can only imagine how pleasant it would be to be surrounded by flowers! You could almost liken it to this 'new' life that we have been granted in Christ: In Christ, or through Christ; we have been granted to 'walk' in the presence of the 'Lily of the Valley', and with 'The Rose of Sharon'! The Scriptures tell us that 'He is our all', and that 'all things work together for good to those who love God'; so why do we have such a hard time seeing that? I think that most of the blame for that rests on our feeble, weak, and faithless shoulders. We have a tendency to focus so much on this physical ( real? ) life, that we have a hard time, more often than not, looking past our physical trials and tribulations, and trusting in God's promises, as I quoted above, that all is well with us, not because we feel like it is, not because it looks like it is ( to us ); but because God says that it is!

I'm sure my readers are familiar with the saying 'God said it, I believe it: that settles it', and I'm sure that most are just as familiar with the response 'God said it: that settles it; it doesn't matter whether we believe it or not', which is true enough, because God's Truth is not dependent on, nor relative to, whether we believe it or not! In this physical life which we have been given though, in which we are to 'offer our bodies as a living sacrifice, acceptable to God'; it helps us to offer more freely when we realize, not only that 'all things work together for good to those who love God', but that we have been given 'every spiritual blessing in the heavenly places in Christ Jesus! I think that when we focus our energies on trying to 'save souls', and being the light of the world ( which are not bad things to be concerned with ) because 'Christ could return at any moment', we tend to take our focus off of the spiritual blessings that Christ has 'secured' for us, through the promises, or the Promise of God.

I chose to title this article as I did, for several reasons; the first, and most obvious, I think, that as followers of Christ, or 'little Christs'; we are lilies of the valley, emulating Christ before, and among the 'world'; secondly, that we should 'walk' as in the 'world', yet not of the 'world', as lights, not just for the world, but simply because of what Christ has done for, in, and through us, making us a 'new creation' in Him; as lilies of the valley, and 'walking', or as a sister ( in Christ ) puts it, 'dancing in fields of grace'!

Thirdly, as I intimated above; we are 'walking in the valley of lilies', and 'dancing in fields of grace', not because it always feels or looks that way ( I can personally attest to this ); but because Christ has made it so, and as we begin to 'realize' this, not only does it bring to light a 'new' aspect to the life that we live in this 'tent', but also allows us to have more of an appreciation, I think, of the natural 'good' creation that God has placed us in, for this truly is, for us, 'The Valley of Lilies': a place where we not only can be lights for Christ, but where we ARE lights for, and 'in', Christ; the true 'Lily of the Valley'!

This article could also be entitled, 'How Shall We Then Live?', because that is really the question that we are faced with here. I think that God has given us, through His Word; instructions on how we are to live. We are to live as Christ lived; loving, not only those who love us ( that's natural ), but our enemies as well, 'as much as is possible, living at peace with all men', loving, and serving each other as He loved ( and loves ) us.

I think that many in the church throughout the ages, and even today, have ' forgotten' from where they came, and rather than showing the love that Christ did, not just to friends, but to enemies 'as were some of you', have seemingly shown an attitude of division and exclusion, rather than inclusion and peace, as Christ taught. The reason, I think that we have, in many cases, (seemingly ) 'forgotten' whence we came is because of our focus on the physical 'requirements' mentioned throughout Scripture ( 1o commandments, etc. ) rather than focusing on the spiritual, perfect fulfillment of those 'requirements' in and by Christ, and even more importantly, focusing on the promises ( Promise ) of God, and the subsequent fulfillment of those promises: Jesus Christ!

Having said all this: I must admit that I fail at this every day, sometimes most miserably; but even on my worst day, or your worst day: we need to remind ourselves that the Scriptures tell us that, 'He who promised is True', and 'even if we are faithless, He remains faithful'.

Let us go forth then, 'walking in the valley of lilies', trusting, not in our own good works or righteousness, but in the fulfilled promises that God has given us in Christ!

walking in the 'valley',
and in His grace,
Charles Shank 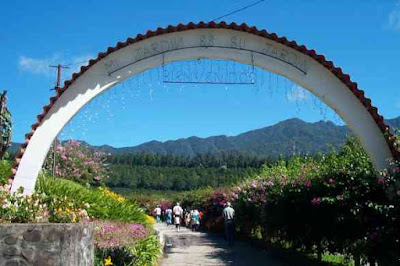 Posted by Charles Shank at 9:22 AM

Reflections of the Master

Throughout this blog, unless otherwise noted, I have used the New King James Version ( NKJV ) of the Word of God, as revealed in the Hebrew, Greek, and Syriac Old and New Covenant Scriptures.

Although I use mostly this version ( NKJV ) throughout this blog; I do not view the NKJV ( or any other version ) as the final, authoritative Word of God, but merely man-made translations of said Word of God, which, I believe, according to II Timothy 3:16, is authoritative in all walks of life.

This blog contains writings from up to 10 years ago. Although I have tried to be consistent in my beliefs over the years; the earlier articles on my blog may reflect a slightly more immature view. As you read, therefore, you may notice a slight progression in thought.